Getting Stuck is my Forte

Getting Stuck is my Forte \o/

I am so excited to write this blog, probably because this is the state where I am usually found, stuck. If you see me crying in a corner, I am in this afore mentioned state with the why’s and how’s. This is a part of my daily routine and thus couldn’t be separated from my Outreachy project as well. :P

I have been stuck on most of the tasks at most of the steps, I would love to share the one that was simplest and yet took me a lot of time.

Update Debian’s wiki for Gitlab with the latest package.json at https://wiki.debian.org/Javascript/Nodejs/Tasks/gitlab

Details https://wiki.debian.org/Javascript/Nodejs/Tasks/gitlab should not be manually updated, rather it contains a script to generate the page. The python script js_task_edit.py takes in a file as an input and recursively fetches the dependencies of each mentioned package. It uses the tree module to create a dependency tree for the same.

It took hours (my laptop died twice while running it) for the final output to return since there are way too many package dependencies (slow internet also seems a reasonable reason). There’s still a pending task left here, I need to update the script to fetch dependencies up to 2-3 levels only. I have been trying a few ways that don’t seem to have worked up till now. (I’ll write more about it when I seem to have some progress there)

It more than often happens that one gets stuck in simplest of things, gives it hours and reach no where, mostly giving up on the whole situation itself. I realised it’s rather better to ask someone or take your mind off from the whole deadlock itself for a while. I am often scared to ask simple questions wondering that I might seem stupid, but the thing is it can save you hours and one might guide you in the right direction when you are running in the exact opposite. 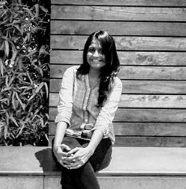